6 Proposal Fails: What Not To Do

Some of the most important things in life aren’t taught in school: how to manoeuvre your way through EDSA carmageddons, how to “make tawad” at the tiangges, how to get your boyfriend’s mom to adore you, and how to propose to your girlfriend in the way that will make her want to squeal “yes!” before you even take out the ring.

There are literally hundreds of ways to make a marriage proposal.  But today, we want to help you out by making sure you avoid what, to some people, are the worst proposal fails ever.

We asked married and single Filipinos alike: “What should a guy NOT do when proposing?”

“Don’t forget to ask for permission from the parents.  You should get their blessing before you pop the question.” – Ivan, married and with one child

This is one of the major proposal fails guys commit. If your girlfriend is from the Philippines, family is probably very important to her.  Though courtship and pamamanhikan are no longer strictly required as in the days past, they are still much appreciated.  Start getting extra brownie points from your girl by asking her parents for their blessing.  They’ll love you for it!  While you’re at it, why don’t you ask for help for the top secret mission too?

2. Propose for the sake of proposing

“Don’t propose if you’re not 100% sure, if there are still doubts or fears in your mind about getting married.” – Rob, married and with one child

“Don’t propose without having discussed marriage with each other prior.  You should be sure that both of you are ready before popping the question.” – Waki, single (and happy!)

Admit it: you’ve been daydreaming about your big day ever since your girlfriend made you watch The Notebook, haven’t you?  But before you start sprinting towards the mall to get your manic pixie girlfriend her own eco-friendly ring, take the time to reflect if you’re both ready and willing to enter into such a commitment.  Weddings may be pretty, but marriage takes a lot more self-sacrifice than shoveling cake into each other’s mouths.

3. Plan everything to death

“Don’t rehearse too much.  It takes the sincerity out of everything!  And don’t intentionally piss her off or make a fake evil confession before you surprise her with the ring.” – Dana, married and infanticipating

Don’t be that robot who memorizes his speech and recites it word per word!  Plans are good but make sure your sincerity shines through.  You’re professing your love, not trying to make a sale at the boardroom.  And while we’re at it, try not to play with her emotions for the sake of your grand plan—unless you’re sure that’s in line with your girlfriend’s type of humor.

4. Have no plan whatsoever

“Don’t propose so casually!  But don’t be too cheesy either.  Marriage is sacred so even the proposal should be special.  There should still be the element of surprise—and the guy should kneel, of course!” —Lavidz, wedding ring designer, married

Not all girls will demand a complete musical production.  And while a made-to-order field of flowers would be nice, not everyone will have the resources to pull it off—and that’s okay.  But do find a way to make the moment special, regardless of your budget.  Consider your girlfriend’s personality when choosing the ring, the venue, the activity, etc.

“Don’t put your partner in a situation where she might feel pressured to say ‘yes’.  Also don’t propose without having prayed about it or without having thought of the relationship more than the wedding.” – Edsson, cardiac perfusionist, engaged

“Do not say it is God’s will—it’s too much guilt… And never mention how she reminds you of your mother!” – Rochelle, entrepreneur, married and with three kids

Trying too hard to get your way.  There’s a reason why most men kneel when making a marriage proposal—you’re asking the girl to make a decision.  So give her that freedom.

“Don’t take ‘no’ for an answer.” – Charlton, married for five years

But when you know you’re meant for each other (and not in the creepy, stalker way), make sure you give her every reason to say ‘yes’.

What else should a guy not do when proposing? Share your proposal fails in the comments section below! 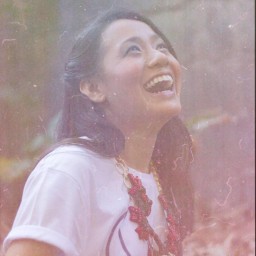 Wedding Food Planning: Have a Great Menu on Any Budget!