These were the words that were running through Benjie’s mind when he finally decided he is ready to pop the question. Criselda was taken by surprise when Benjie brought her to a place that had a special significance to them. It was one of the very first few places they went to for their dates which has now become the backdrop for their memorable Sofitel marriage proposal.

“I wasn’t expecting the proposal that night. I actually thought that he just forgot to buy me a Christmas present and decided to take me out to dinner instead.”

Benjie and Criselda were high school mates and college course mates but Criselda was one batch lower. They have worked together as part of an art committee during college but their friendship never grew   from there. It was only when they got reintroduced to each other that they were able to reconnect, get to know each other and got closer. After a year, they officially became a couple.

“I simply wanted every bit of the ring to be perfect for her.”

Benjie shared that a lot of hours were spent more on finding the perfect ring for Criselda. He researched about settings, the cut of the stone, the metal that will be used for the band, plus understanding a ton of jargons that came along with them.

The Talk with Her Parents

“Talking to her parents was another thing that I had to plan carefully.”

As a wedding photographer, Benjie has heard dozens of stories of proposal fails where the parents (especially the mom) would be too emotional or too excited that they’d drop hints to their daughter like “dress up before you meet him” or “did you polish your nails?” risking the element of surprise. But of course, it’s always good to ask blessing from the girl’s family before proposing.

“Sofitel is one of the hotels that offer an amazing view of the sunset. I was actually thinking of proposing during that time but I had to move the proposal to after dinner. Surprisingly, it worked better than the original plan. The spot where I planned to propose was literally empty and all that was left for me to do was to set up a camera as what we usually do .”

Well,  “It truly pays to be resourceful” especially if you know how to take photos using a tripod. You won’t have to hire any photographers to capture your own intimate proposal. It helps too that Benjie has had the habit of capturing Cris’ expressions, their trips, dates and moments together. It seems to have helped in keeping Cris clueless about the surprise until Benjie knelt & popped the question.

Criselda revealed that she wasn’t really expecting any proposal that night.

“I thought he was just taking me out to dinner because he forgot to buy me a Christmas present. I was just enjoying his company (and the good food) Lol.”

When we asked her what her reaction was at the moment that Benjie was proposing, Cris responded saying,

“Everything was a blur. I remembering not answering right away because I was saying “Seryoso?!”. I couldn’t believe that he was already proposing. But I loved the way he proposed. Just the two of us.”

Don’t you just love it when men are able to successfully pull off a Sofitel marriage proposal such as this? You can also see how much time and effort Benjie put into this video and in documenting their time together as they journey together while travelling.

Proposal Tips from The Couple:

I didn’t prepare myself in any way. I guess I can just say that they shouldn’t think too much about when and how the proposal will happen. And when it finally happens, just be in the moment. No need for a rehearsed reaction or speech. Just be spontaneous. – Cris

Knowing your partner well will help a lot. We’ve been together for nearly 6 years so I already knew her personality. I’m sure she didn’t want something grand and I’m also sure that flash mobs or a huge crowd in front of her were a no-no. She’s the type who’d love an intimate moment where we can be ourselves. – Benjie

We so love what Benjie shared for his tip for all men out there (and women as well).  Get to know your partner as much as you can. Know what she loves and hates, what makes her happy or sad, and what she values in life. And most of the time, you will learn if you’re both compatible when you travel with them.

And when you think you finally know everything you should know about her, ask yourself:

“Do you want to spend the rest of your life with this woman?”

Just like what happened with Benjie and Cris’ Sofitel marriage proposal, we hope the answer is a resounding YES!

The Top Knotters is an all-around go-to site for wedding inspiration and preparation ideas. It features a range of useful, interesting & entertaining articles & listicles from wedding and marriage tips, styling advice and event planning must-do’s to wedding stories & anecdotes. It serves as a resource for and a respite from the hustle & bustle of preparing for ‘the big day’. 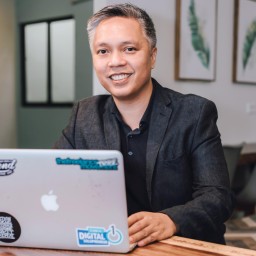